Which theme do you prefer?

Which theme do you prefer?

Adapted ceramic representations in honor of the most influential musical, literary and pictorial works of the early twentieth century in the Valencian region.

Lorenzo González Sánchez is an experienced artist based in Spain whose paintings have been exhibited nationalwide, as well as in Germany and Portugal. He cites the avant-gardes of history as being of vital importance to his art. Sánchez creates in a contemporary realist style with expressionist nuances and a treatment of free space based on the post-cubist movement.

The artist from Valladolid made his first paintings in 1962, practicing this discipline with whom it would become his main teacher, the painter Miguel Pérez Aguilera (Prado Museum). In 1973, Lorenzo Gonzalez established his first shared studio with landscape designer and professor Bolaños in Seville. Soon, he began to exhibit continuously in group exhibitions at the Pabellón Mudéjar in Seville.

In 1981 he moved back to Salamanca, where he combined teaching with painting. Ten years later, symbolism ceased to be a priority in his painting and he began to be more concerned with structures and color. In 1993 he exhibited in the oldest gallery in Salamanca, the Artis gallery, where years later he continued to exhibit individually and collectively. He will also exhibit at the well known Dalmau Gallery in Barcelona, the New York Art Fair, Arte &R in Malaga, etc.

Ignacio Trelis is a contemporary Valencian artist. Deeply inspired and attracted by the Spanish school of Rome and by the artistic currents of the 19th and 20th century, characterised by the luminist realism.

His studies and research on techniques and artistic models, as well as the search for new ideas lead him to create his own personal and unique style.

He began his career as a talented landscape painter and in the 80’s he began to exhibit his work all over Spain. During his travels around the world, he could get in contact with other cultures and traditions, which had an impact on his fascinating paintings.

His work is eminently characterized by the most realistic figurativism but they also show certain abstraction in the backgrounds.

Throughout the artist’s career, his work has been exhibited in multiple museums and institutions around the world, and it is distributed in private collections in Europe and the USA. and Japan.

Luis Torres, Aragonese painter, member and founder of the “Teresa Cajal” municipal printmaking workshop in Tarazona. This artist complemented his training in both printmaking and painting with Master Glauco Capozzoli.
Named in 2003, by the City Council of Tarazona, Turiasonense of the year. Finalist in two biennials “V de grabado, Unidad de Borja 2004” and “IX edition, Bienal de pintura del Balconadas 2004” in Betanzos (Galice).
He has numerous exhibitions in Navarra, Aragón, Teruel and La Rioja, both individual and collective.
Etching, aquatint and printmaking donated by the City Council of Tarazona to Prince Felipe, on the occasion of his visit to Tarazona.

Master craftsman Manolo Tos, Valencian painter born in Manises, cradle of ceramic artisans.
He studied artistic ceramics at the prestigious School of Ceramics of Manises where he began his career with the decoration of pieces, both in ceramics and porcelain at low temperature. Later he will dedicate himself to painting murals on tiles at high temperature with water-based techniques, which will lead him to his highest public recognition.
He belongs to the generation of ceramic painters who in the 80’s broke with the artisan tradition of 18th century painting, thus innovating with Valencian genre paintings and decorative themes.
They adapted their decorations to new times but without forgetting the artisan and traditional character that has given so much fame to Manises ceramics, making it accessible and attractive worldwide.
He has exhibitions and works spread all over the world and his works have been contracted by public and private institutions.

Alfonso Muñoz, carver and self-taught painter, born in Yecla (Murcia) in 1957.
His sensitivity for rural, bullfighting and religious characters stands out. His Byzantine technique reflects the painter’s own style.
He is recognized for his restoration work on numerous churches and chapels with polychrome wood and icon paintings.
In his hometown he began the carving of the “Trono de la Virgen de las Angustias de Salcillo”.
He also has a wide range of still lifes to his credit. He also creates illustrations and book covers.
He won several prizes in the “Concurso nacional de carteles de la Pasión” and “Concurso de pintura rápida al aire libre”.
His exhibitions are numerous throughout the national geography, although he has been recognized mainly by his works based on oil canvas, his wood carvings and polychromies in churches.

Joseph Segui was born in the Valencian region very close to the sea, which, due to its light and diversity of color tones, will be one of the deep motives of his artistic creation.
Writer, novelist, journalist, art critic and other cultural media, he has traveled much of Europe and Latin America, where he participated in cultural events and chronicled their artistic cultures.
Creator of Collages, Mail Art, Installations, Ready-Mades Performances and Objects d’Art, he mounted the exhibition “Duchamp Its Here”, a tribute to Marcel Duchamp, at the Cultural Center of Alcoy. Upon his return from New York, his artistic work is focused on Lyrical Abstract Expressionism and Action styles.
He has participated in group exhibitions in Barcelona, Valencia, Alcoy; Paris (France); Venice, Bologna, Rome (Italy), Munich (Germany); Craiova (Romania); Djakarta (Indonesia); Montevideo (Uruguay). He has also had solo exhibitions in La Rochelle and Châtelaillon (France), where he discovers the shades of the gray color of the Atlantic and the red and green ray in the sunsets over the sea.

Self-taught Andalusian artist based in Valencia.

Her works are defined by the fluidity of her stroke, the color and her imagination, expressing her feelings through her fascinating creations with simplicity but with great strength.

Almost all of her work is in private collections in Europe, the United States and Latin America.

The expressionism of her vibrant and colorful watercolors is the result of her own critical and sensitive vision, inspired by her travels and the light captured in them.

Her works are characterized by pastel painting by hand, and are endowed with a special expressionism by combining light, colors, and sensitivity.

The following artworks are creations of some of the new artists exhibiting in our gallery. If you are interested in any of them or have any questions, please call or write to us so we can contact the artist and provide you with all the necessary information. 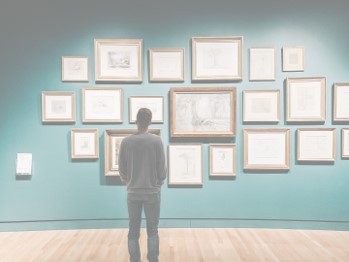 How to exhibit at Airam?

In Airam Art Gallery we are committed to promote art, therefore we want to give the opportunity to new artists to exhibit their work in our gallery, through a previous selection process. If you share your passion for beauty and art, we encourage you to contact us.

Our mission is to support and promote regional, national and international art and culture.

We exhibit and promote the work of creative new artists so that art may flourish and continue to expand its light.

If you are interested in exhibiting in our Art Gallery, please complete the form below and we will contact you as soon as possible.

LEGAL NOTICE
In compliance with Regulation (EU) 2016/679 of the European Parliament and of the Council of 27 April 2016 on the protection of data of natural persons and the free movement of such data and repealing Directive 95/46/EC (General Data Protection Regulation), we inform you that the data collected through this website or web form are confidential and will be included in the file called web users with ownership of Airam Art Gallery, with the sole purpose of being able to meet your request for which you give your express consent.

BASIC INFORMATION ON DATA PROTECTION
Responsible: Airam Art Gallery
Purpose: to respond to your request, inquiry, complaint or suggestion.
Legitimation: Consent of the owner of the data.
Recipients: No data will be transferred to third parties.
Rights: Access, rectification or deletion of your data,
as well as other rights, by contacting contacto@airamgaleria.com.